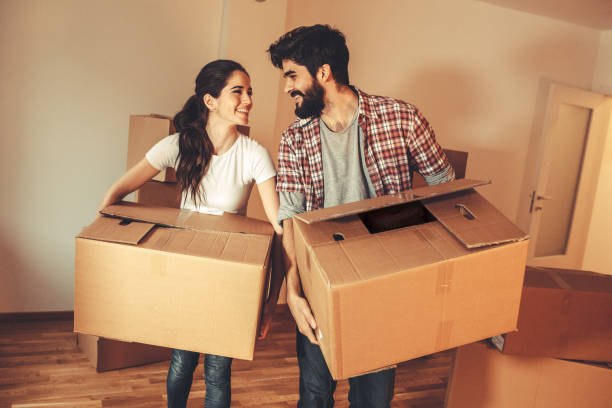 My name is Jerry Zaf Here is my Blog:

I’m a partner in the Finest Movers Group that is made of:

Anyone that has ever experienced a long-distance move out of state knows that a moving company cost will be calculated based on your move either by weight (pounds) or volume (cubic feet). Just to give you some background information, about 10 + years ago, the only way moving companies long distance cost was based on the total volume loaded or cubic feet.

Many customers were taken advantage of by moving companies who basically “stole” extra space on the truck and charged the customer more by making their load seem a lot bigger than what it really was.

Moving companies preyed on the customer’s trust by either poorly stacking the job or in some extreme cases added a lot of empty boxes to the load to make it appear larger. Unfortunately, some moving company cost still operates this way and these unethical practices can cost the customer thousands of dollars.

In order to make the calculation process more honest, the American Moving & Storage Association (AMSA) came up with the idea of calculating the moving cost based on weight.

The idea is simple

-Weigh the truck after, and voila the actual weight is calculated.

Or so you think!

Moving companies found a way to beat the system here too by again taking advantage of the customer’s trust. They would often come to the customer’s house with almost empty fuel tanks and then before going to the final weighing, would fuel up the tanks. Full fuel tanks can add 200-300 pounds.

I’m afraid to report that neither one is better than the other. But you can avoid being scammed by being involved in the process every step of the way. If you go by cubic feet, don’t be afraid to watch the movers loading the truck, check it out, watch how they stack it. If they see that you are keeping a watchful eye, they will less likely look to pull a fast one on you. If going by weight, make sure you go to the weigh station before and after. Ask questions, let them know that you know what you’re talking about! And as always, do your research! Check out DOT information and BBB information on these companies!

Please provide us with as much information as possible when completing the form below.
You will receive a detailed response within 24 hours.